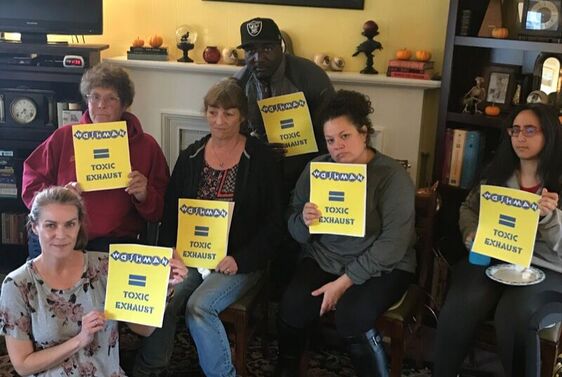 Grassroots organizing is a process of bringing together neighbors and community members together around a common cause. It's about building popular people power and developing civic participation to address issues creating harm. It's led by people in our communities, not corporations or paid professionals. Our grassroots organizing efforts in East Portland has been all about listening to community needs, sharing resources and skills to empower community members to take action.

Since mid 2019 Green Lents has been knocking on doors and canvassing residents across East Portland. Through this process we heard from residents in the Fuller Neighborhood just South of Lents who are organizing against the proposed Washman car wash. The Fuller Neighborhood rests in between the I-205 and 82nd ave. This is a zone with diesel pollution levels hundreds of times beyond what is considered to be safe from being a cancer risk. For resident's this carwash means a massive increase in diesel exhaust from idling vehicles and increased traffic congestion.


Neighbors here are on the frontlines of combating indirect source polluters who attract diesel polluting vehicles to residential areas. As fossil fuel infrastructure expands community members are often shut out of the process of deciding how their communities will be shaped. As big changes arrive on 82nd Ave area we are happy to support communities getting organized to have a voice for healthy clean air.